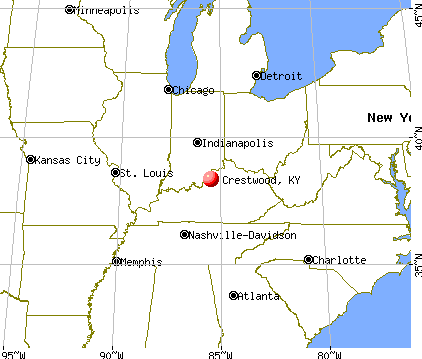 We offer the following in Crestwood, KY

About Crestwood, KY - Happy to be your hometown Heating & Air Conditioning Contractor!

Crestwood is a northern Kentucky city located in Oldham County. The city is considered a home rule-class city according to the two forms of classes Kentucky’s government recognizes. Crestwood is located northeast of Louisville. The city’s population is about 2,000 according to the 2000 United States Census. In 2005, CNN Money listed Crestwood as the 52nd best place to live in America, the highest ranking given to any city in Kentucky. Crestwood was settled in the early 19th century. It was named Crestwood in 1909.

Due to Crestwood’s location outside of Louisville, there are many things to see and do in and around the city. Many city parks are situated throughout Crestwood. Inside of the Louisville city limits are more than nine golf courses that offer beautiful views and some of the best driving ranges. The Louisville Zoo features many local and exotic animals that will be of interest to both children and adults. The Urban Bourbon Trail is a popular feature in the area where individuals receive a printed booklet and follow a guided tour of the most popular bourbon bars located around Louisville.

Weather in Crestwood tends to be drastically different depending on the time of year. Winters in the city are usually very cold. Average daytime temperatures during the months of December, January, and February vary from the mid to low-40s. Snow is also very common during this time of year. The month of December receives an average of almost 4 inches of snow each year.

Summer in Crestwood tends to be warm and wet. The month of July has an average rainfall of about 4 inches and an average daytime high of nearly 90 degrees. Residents will find it wise to invest in an HVAC system that is capable of keeping indoor temperatures cool during the months of summer.